✅ Every Purchase Covered By Our 30-Day No-Hassle Satisfaction Guarantee

THE THUNDER FROM DOWN UNDER

Thunderstruck is A MAN SIZED Test Booster with built-in swells and designed to reduce E like a PCT and help Lean the Body`s core Reduce any puffiness in the chest or love handles and show more vascularity and promote protein synthesis you will see and feel the results!

Suggested use from 1 to 4 months cycles.

In conjunction with the most effective natural testosterone boosters, Thunderstruck also contains 100mg of Laxogenin per serving. Laxogenin is a premier ingredient in promoting protein synthesis. Studies have shown that taking Laxogenin daily can help increase protein absorption by up to 200%.

Thunderstruck is not only something you will feel after 2-3 weeks of use. On top of the natural testosterone boosting, estrogen inhibiting, and protein synthesis enhancing ingredients, Thunderstruck also includes a newer ingredient called S7. This ingredient has shown to increase nitric oxide production by up to 230%.

Thunderstruck is the most comprehensive Testosterone Booster you will find. Find out why today and buy ThunderStruck!

Orders usually ship within 24 hours, shipping is Monday through Friday.

When you place an order in the evening it will most likely will ship the following day.

You may select from USPS or UPS shipping options.

Generally USPS first class is the most affordable and reliable with tracking information emailed to you when the order is processed.

International orders will take 2 to 6 weeks for delivery. All international shipping is beyond our control and responsibility therefore is up to the customer to know what taxes or custom fees may be due, we can not be liable for these fees and unfortunately we have no way of knowing what they are.

Please email us if you have any questions or issues: info@psychopharma.com

Dear customer if there is any issue or question with your order please email:info@psychopharma.com or call  888 234-2595 during our normal business hours, Monday through Friday 9am to 5pm pacific standard time.

If you are missing an item or the product is damaged, you must notify us within 3 days of receipt of shipment. once we verify the legitimacy of the claim, we will send the missing item or replacement product free of any shipping costs to you. All orders are photographed and logged daily by shipping personnel prior to shipping to avoid any fraudulent claims.

Each case is handled individually, we strive to get it right at every opportunity and are careful to treat each purchase and customer with respect.

You may return unopened items within 14 days of delivery for full product refund or exchange If the free promotional items are also returned.  All items must be returned at customer expense unopened and undamaged for a refund or credit to be issued.

You must contact us prior to returning any merchandise for approval at 888 234-2595 during our normal business hours, Monday through Friday 9am to 5pm pacific standard time.

Items that have been opened or used are not eligible for return or refund.

Any issues regarding missing or damaged items must be reported within 72 hours of delivery for it to be actionable.

Damaged or open merchandise that is sent back without a proper return authorization will be discarded and no credit will be issued. Any and all shipping cost are non-refundable.

Any items lost or damaged during return shipping process are non-refundable. When shipping return item(s) the package must have delivery confirmation, or we cannot guarantee that your items will be credited. All items are subject to a 15% restocking fee.

75mg Androsta-3,5-diene-7,17-dione (Androst) is the most powerful legal, natural “E” inhibitor in existence. It is as powerful as Aromasin.
In addition, Androst may also help with controlling cortisol,which may help drop ‘BF” and water retention.

100mg Laxogenin (%99 PURITY) Derived from plants, this ingredient is essentially an anabolic building block which the body uses as a blueprint to create its own anabolics. Laxogenin supports increased protein synthesis and nitrogen retention, while promoting other anabolic effects such as increased strength, muscle endurance/recovery.The dosage of 100mg per day is the sweet spot, our laxogenin is also 99% purity.

500mg Testosurge is a patent pending ingredient, that`s a double fermented version of fenugreek and has been scientifically proven that 500 mg of daily supplementation significantly impacted “BF” percentage, and total test-levels.

400mg SA3X is a trademarked highly concentrated version of Spilanthes Acmella Extract. Although Spilanthes was thought to just relieve pain from tooth aches has long been used as an incredibly potent natural aphrodisiac and test booster.

300mg KSM-66 is Ashwagandha with a very high purity it’s been proven to lower Cortisol and boost test levels that may help increase muscle size and strength, and in the mental health department it may lower stress, anxiety, and depression.

250mg Eurycoma Longifolia / Tongkat ali also known as Long Jack is a shrub whose extract contains several benefits which include Improvements in Test levels which may help Muscle-building and Reduction of Stress, and “E” blocking benefits. A 1-month study in men with low T levels found that taking 200 mg of Tongkat ali extract per day significantly increased levels of this hormone to normal values in over 90% of participants Thunderstruck uses 250mg.

100mg Diindolylmethane (DIM) has been shown to decrease “E” levels. This may help promote higher T-levels within the blood, through decreasing the amount of it that gets converted.

100mg S7 is a blend of 7 different plant-based ingredients that Boosts Nitric Oxide by up to 230%. It does increase the body’s natural nitric oxide production, at doses as little as 50mg, Thunderstruck is dosed with twice that to ensure the Thunder from down Under!

240mg Shilajit is a sticky substance found primarily in the rocks of the Himalayas. It develops over centuries from the slow decomposition of plants It’s an effective and safe supplement that can have a positive effect on overall health and well-being. A study found that participants that dosed 240 mgs of purified shilajit had a significantly higher test levels.

20mg Zinc Zinc is a dietary mineral that is vital for helping test production. taking a zinc supplement can increase T levels in people who have a zinc deficiency. Athletes are more prone to zinc deficiency than the general population because zinc can be lost through sweat. This makes Zinc Supplementation vital for athletes looking to maximize.

160mg Magnesium Just like Zinc, Magnesium is very important for test production and is lost through sweat. This makes it an essential supplement for avid athletes and bodybuilders.

125mcg Vitamin D3 Vitamin D has been shown to boost test levels and mood, and just like the ingredient’s deficiencies are common.

10mg Boron25mg Vitamin B5 Vitamin B5 in the form of Calcium Pantothenate has been shown to help: Reduce mental fog, enhance memory, clear up skin and improve stamina.

Based on 3 reviews Write a review

Suggested use is 3-4 months continuous use, with 30-60 day break.
The S7 ingredient promotes a pump for any “muscle group” being used and in other areas of the body thought about using…
75mg dose of Androst (also known as Arimestane) may greatly help reduce any puffiness,and show more vascularity !
The natural T ingredients are dosed at a high level to help Strength and general well-being as a man on a mission!
The Bonus added is 100mg (purest %99 purity) Laxogenin !.

If the goal is to show more vascularity, get leaner and reduce any puffiness,then Thunderstruck is the best ally! The THUNDER FROM DOWN UNDER! 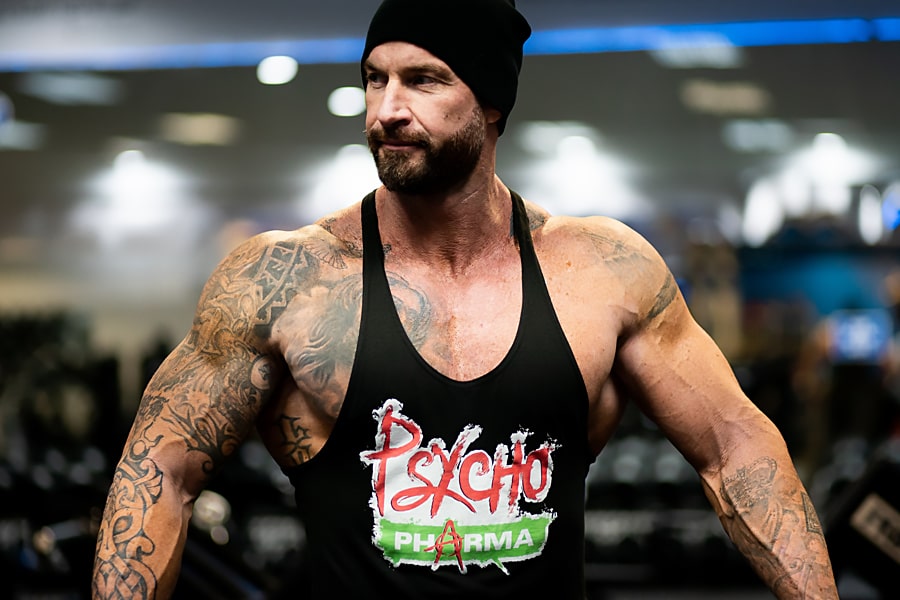